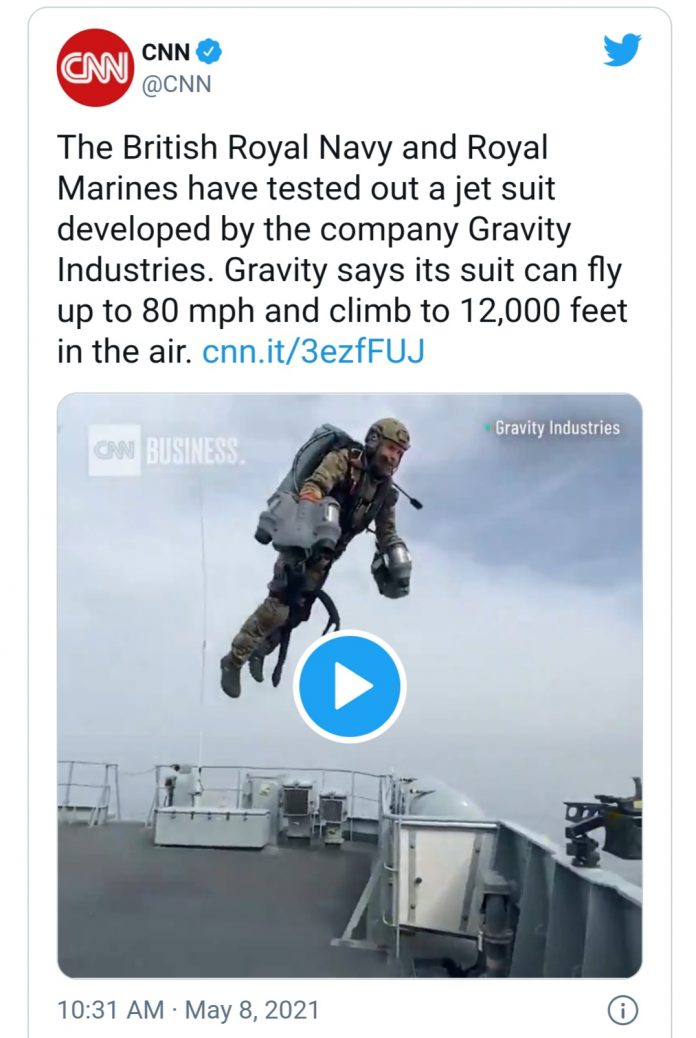 UK soldiers flying in the air with amazing tech jet propulsion suits over the sea stirs up reactions.

The UK Military is considering using flying jet packs in the nearest future to allow its soldiers to fly above grounds.

In a test trial, marine officers tested out the gadgets as a video shows a soldier flying in the air from one boat to another ship.

The jet suit can fly thousands of feet in the air and would be very significant in critical situations.

Technology is not only meeting needs but it is fast bridging the gap between science fiction and reality.

The British Royal Navy and Royal Marines may soon be getting an upgrade that could make their officers ‘superhumans’.

CNN reported that the force tested a jet suit developed by Gravity Industries. The gadget allows individuals wearing it to fly in the air up to 12,000 feet at the speed of 80 mph.

The jet suit will allow soldiers get to their destinations faster than before.

According to the media sources, when in proper use, the body gadget will allow soldiers to be able to quickly board planes in dangerous zones.

It should be noted that during the test operation, the tech company tried out the suits with 42 officers at sea, spending a total number of three days.

This will not be the first time the company would build a suit. In 2020, it made the first-ever one for paramedics so they could reach patients faster in critical situations.