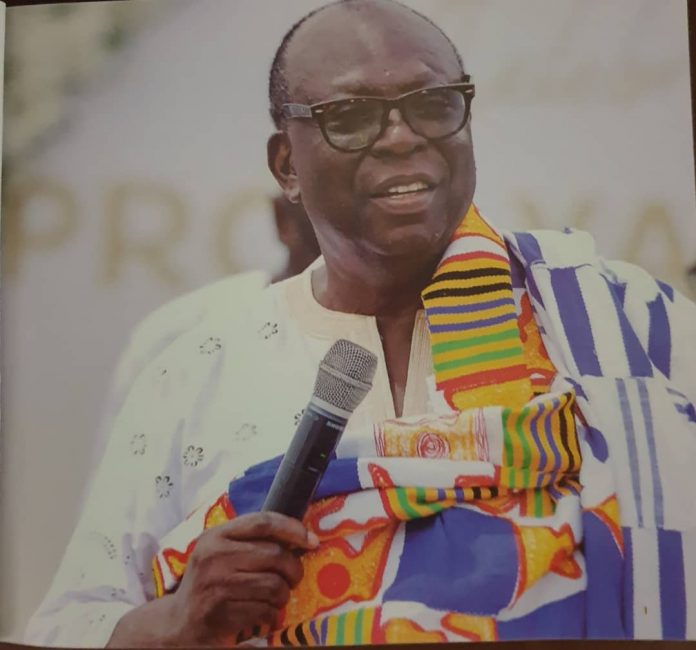 Sunday, March 14, 2021, a Catholic Requiem mass was held for the late Professor Paul Kojo Yankson at the St. Thomas Aquinas Catholic Church at Legon campus at 6pm in the evening as part of the funeral rites in his honour.

The requiem mass was attended by family, friends, students and the University community to mark the beginning of the final funeral rites. Tributes were read by the family, church and the University of Ghana, followed by a sermon and Holy Communion by the Parish priest.

The funeral service will be held on Monday, March 15, 2021, at the Transitions Funeral Home, to be followed by private interment by the family.

There will be a Thanksgiving Mass held in his honour at the St. Thomas Aquinas Catholic Church at the University of Ghana, Legon on Sunday, March 21, 2021 at 9am.

The late Professor Paul William Kojo Yakson was born at Adiembra, near Sekondi, on April 25, 1949 in the Central Region of Ghana to Opanyin Samuel Kofi Nyarko Yankson, and Madam Ama Kuminam Yamoah both of blessed memory.

Both parents died before he attained the age of ten, and so the mantle of parenting and guardianship fell on his uncle, the late Mr. Joseph Eyison who discharged his responsibilities responsibly and efficiently.

Prof. Yanson entered the University of Ghana in 1969 and was awarded a Bachelor of Arts (BA) degree in Geography in 1973, with First Class Honours.

Prof. Yankson undertook his National Service as a Geography Tutor at the Aggrey Memorial Zion Secondary School in cape Coast, during the 1973/74 academic year. He was thus among the first batch of university graduates who performed national service introduced by the late General Kutu Acheampong in 1973.

It was during that period that, under the influence of the late Mr. Effah, the then Regional Town Planning Officer at Sekondi, Prof. Yankson decided to pursue a graduate degree program in Town Planning.

By September 1974, he had enrolled in the Master of Urban Planning (MUP) programme at McGill University in Montreal, Canada on a Commonwealth Scholarship plan and graduated with an MUP degree in November 1976.

He continued to the United Kingdom to persue a doctorate programme at the University of Nottingham and by July 1980 he graduated with Doctor of Philosophy (PhD) Programme in Regional Development Planning.

Professor Paul William Kojo Yankson began his academic career at the then Geography Department of the University of Ghana, on September 2, 1981, at a time when there were only a few staff members at post. Most of them had moved to Nigeria to seek greener pastures, but he decided to stay on and enrolled in a one-year Post Graduate Diploma programme in Urban Survey using Remote Sensing & Geographic Information Systems at the International Institute for Aerospace and Earth Science, at Enschede in the Netherlands.

He was promoted to Senior Lecturer in Geography in April 1987, Associate Professor in February 1994 and by June 2000 he became a full Professor of Geography.

In October 2001 he was appointed as Head of Department of the Department of Geography & Resource Development until July 2005 and retired from active service in August 2009, but remained as a teaching staff on contract for another 10 years until he finally left the Department.

Prof. Yankson palyed very important roles in the University and the College of Humanities. He was a member of the University level committees and served at different times as the Chairman of the College of Humanities Academic Quality Assurance Committee. He also served in the Development Committee and the Disciplinary Committee of the Academic Board; Research and Conferences Committee; Appointments and Promotions Board; Board of Faculty of Social Studies; Tutorial Board of the Mensah Sarbah Hall as Hall Tutor, Senior Tutor; Residence Board and the University Scholarship Committee.

He was a member of the Ghana Institute of Planners, Ghana Geographical Association, African Association of Remote Sensing of the Environment, African Research Network for urban Management, to mention a few.

Professor Paul Kojo Yankson has published extensively in the field of Urban and Regional Planning Development, and had to his credit over 60 publications comprising books, monographs, research reports and articles in international journals.

In addition, he had over 50 papers read at national and international conferences, seminars, workshops and consultancy reports.

Prof. Yankson was married to Salome Minta and they were blessed with three children. After his wife Salome’s untimely death in 1989, he married Johanna with two daughters making five children in all.

He embraced the Catholic faith and remained a practicing Catholic worshipping with the St. Thomas Aquinas Parish located in the University of Ghana, Legon.

He will be missed greatly by his family, friends and the University community at large. May his gentle soul rest in peace.