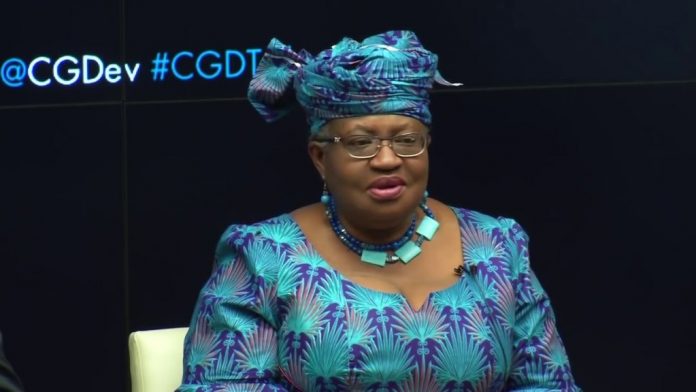 US has finally given its support to Nigeria’s candidate Ngozi Okonjo-Iweala to serve as the World Trade Organization’s next director-general.

Ms Myung-hee has announced currently in a recent statement that she was abandoning her bid to lead the WTO.

Through the Office of the Trade Representative, US has come out to state their decision.

“The United States takes note of today’s decision by the Republic of Korea’s Trade Minister Yoo Myung-hee to withdraw her candidacy for Director-General of the World Trade Organization (WTO).

The Biden-Harris Administration is pleased to express its strong support for the candidacy of Dr. Ngozi Okonjo-Iweala as the next Director-General of the WTO.

Dr. Okonjo-Iweala brings a wealth of knowledge in economics and international diplomacy from her 25 years with the World Bank and two terms as Nigerian Finance Minister.

She is widely respected for her effective leadership and has proven experience managing a large international organization with a diverse membership”, the statement reads.