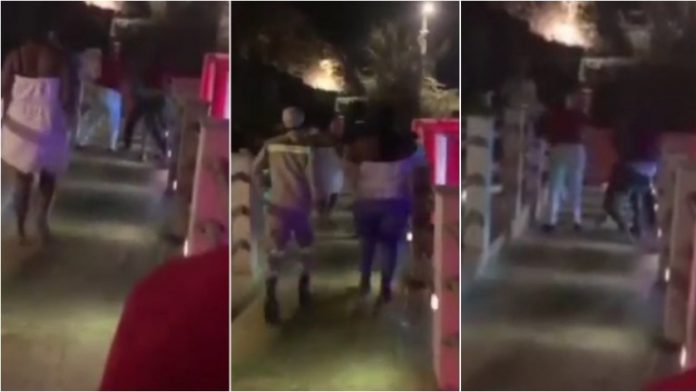 A woman was grabbed by her husband Fu***cking another man on valentine’s day and has left the man in a state of confusion.

The married man in a video intercepted by newstodaygh.com is said to have followed his lovely wife to that enticing place where the romance with his wife’s lover was to take place.

Once he got there the pain of realizing his wife was not going there for a friendly visit made the man lose his cool and react.

The man lost his patience and quickly attacked the woman’s side guy causing a mess around the area.

While others tried to separate the two heavily angry men, others were seen capturing the rare moments with their smart devices to share with their friends.

One of the onlookers who was recording the incident could be heard commenting how the woman has been grabbed by her husband with her side guy.

Watch the video below :