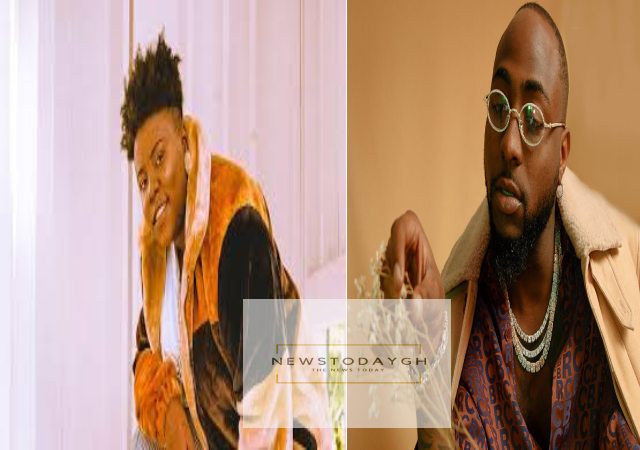 Who would have thought this could happen, obviously not me, but newstodaygh.com was surprised to see a viral video of the star Teni running after Super Star Davido for a collaboration on her album.

The video which has since been shared and circulated wildly online saw Teni the entertainer Shout David David whiles running after Davido’s Car.

OBO Boss stopped his car and stepped out to have a quick chat with Power Ranger’s hitmaker and she confronted him with her album request.

She Said: “I have been following you from Ikoji”.

It looks like we all have our Stars, and the fact that you are a star doesn’t mean you don’t look up to another person for guidance or as a role model.

Teni’s encounter with Davido Tells us a lot about hard work and persistence, even a superstar like Teni still had to chase after Davido for a collabo, how much more an underground artiste.

We at newstodaygh.com wish her the best in her upcoming album and hope Davido will grant her audience a collaboration for her album.

News Citizen Atare - March 7, 2021 0
The President Nana Addo Dankwa Akufo-Addo has presented a list of 33 appointees to the Council of State for consideration for ambassadorial roles to...

After 70 years in Marriage and a last nap together, death carry both together