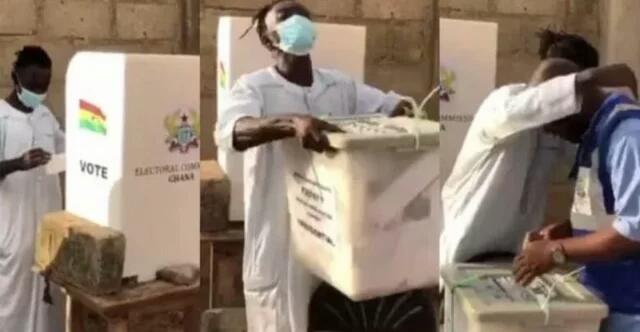 Ghanaian comic actor Kwadwo Nkansah Lil Win managed to ease tensions with his antics when he went to cast his votes earlier today.

Upon getting to his Polling Station, Lil Win entertained electorates present at the station to calm the nerves of voters.

He made a joke about how long the Presidential ballot paper is as compared to the previous voting last four years.

After placing his vote in the ballot box, the actor intentionally raised the box and the EC officials became alert of his movement and he placed it down and walked away.

The day has ended on the voting and counting has begun in many Constituencies with provisional results being reported.
Watch the video below.

My next song is a summary of my Life – Stonebwoy Reveals.