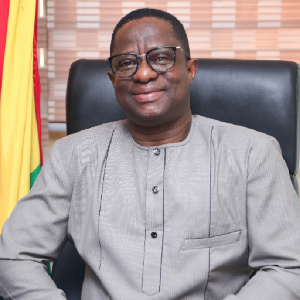 Various MP were called to cast their vote and elect the new speaker.

When the member of parliament for Hohoe went to take his turn on casting his votes, the opposition NDC mp’s started hooting.

Peter Amewu was hooted at by the opposition in the local language. They shouted “Awiee”(thief).

It promises to be a night of drama. Ursula Owusu Ekuful decides to stand in the middle. Peter Amewu didn't get a good welcome at all pic.twitter.com/BpcD8X6Chs

News Vicencia Sarfo - January 19, 2021 0
The murder of Ahmed Hussein-Suale Divela two years ago sent a chilling message. That message was and so far continues to be that a journalist...

Health AdjeleyBoye - January 19, 2021 0
Nutrient deficiencies in human beings are caused as a result of malnutrition and thus, have been reported by researchers as part of the leading...

10 Astonishing Healthy Facts You Didn’t Know About The Graviola Fruit,...