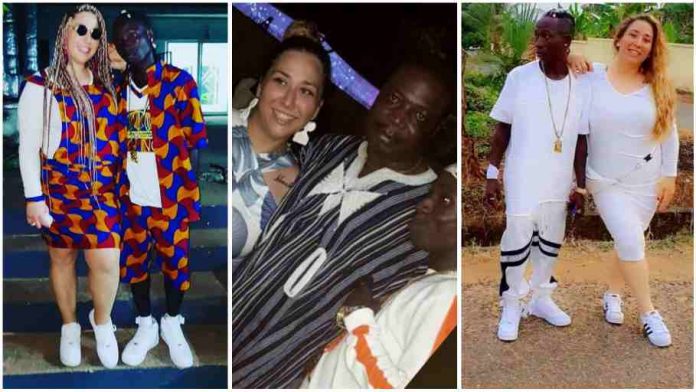 The newlyweds have been spotted at a coded location for their honeymoon, as customary of any newly married couples, as they begin the journey of marital life and enjoyment.

In an interview, they made the decision to boldly talk to Sister Sandy of Adom TV earlier today, Patapaa and Liha were seen in the hotel bedroom they chose as their honeymoon location.

During the interview, Liha explained why, among the numerous men around the world, she chose Patapaa from among all.

According to her, Patapaa is the most loving man she has ever met in this world. She adds that he’s not only loving but romantic as well.

On who finally agreed it was time to settle down in their relationship, Miller let the cat out that it was Amisty who asked her to marry him, she replied in the affirmative, but she left Justice and his family with the preparation of the marriage because of Covid-19 and its troubles

Miller says she will go back to Germany because of work.