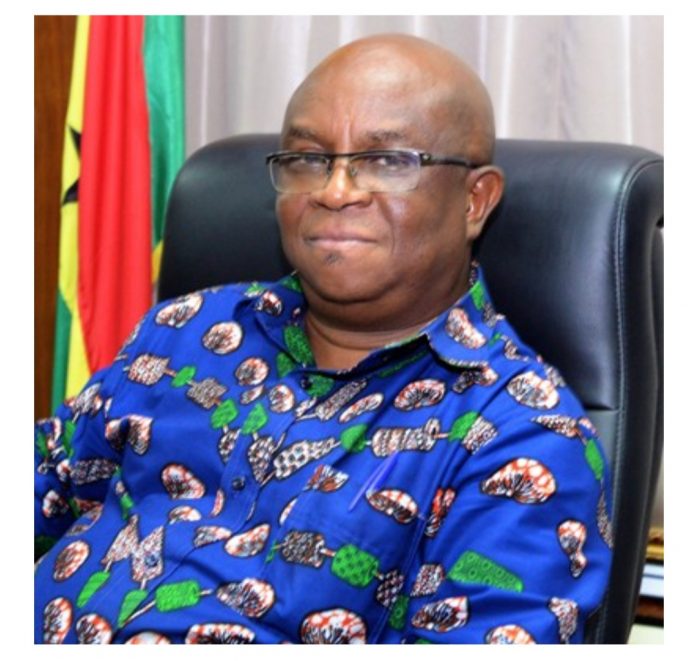 The events of Monday the 25th day of January, 2021 – The Enough is Enough Demonstration held in the Volta Regional capital, Ho, against the renomination of Dr. Letsa Yao Archibald by the President as the minister for a second term of another four (4) years may be in the rear mirror but same is not behind us.

The lingering effect will haunt us, it will hurt us, it will metastasize downstream in the appointments and confirmation of MMDCE’s.

To fully understand the issues confronting the region, we must first see what we seek to understand: the vicious cycle of greed is diming the light of fortune of the NPP in the region.

The expanded regional executive committee which includes the regional minister is supposed to serve as the bridge which connects the political leadership in the nation’s capital and the region.

This committee is clothed with the power to work in tandem with the President on all issues of governance in the Volta Region.

However, isn’t it curious to see members of this group rise up against one another in a manner difficult to describe?

How could a demonstration of this magnitude take place soon after the President announced the renomination of Dr. Letsa? Were they no longer working together as mandated?

Is it the case that the President failed or refused over time to listen to the aggrieved faction of the Executive Committee?

Is it probably the case that all internal avenues with particular reference to Article 4 of the party’s constitution which deals with grievances was exhausted?

Was the demonstration meant to ambush, chokehold or embarrass the President?

These are legitimate questions that must engage our attention.

Whatever the answers are, one thing is clear; the President won’t change his mind. He won’t be blackmailed. He won’t succumb to coercion. He will not be swayed by just any wind.

The President has taken a stand to be on firm ground. Nevertheless, what are the charges leveled against Dr. Letsa?

The sins Dr Letsa is purported to have committed were captured on placards which read:

1. Where are the auctioned cars- Dr. Letsa?

2. Where are the MASLOC tricycles?

3. Enough of the Greed, Letsa must go.

4. How many 2020 Campaign Platforms did you mount?

Beside the placard messages, it was also stated in the press statement among other things that “… NABCO personnel, who are supposed to be working in government agencies on temporary basis, have been redirected to the private companies and Hotel of the Regional Minister while they (NABCO personnel) still draw allowances from state coffers.

The said communication went further to state that ” … ample evidence available to us proved that materials and logistics like tricycles, sewing machines, hair dryers etc. meant for the campaign have found their way into Dr. Letsa ‘s shopping mall and Hotel”

I listened to the press conference on video and watched same over and over again. The more I listened, the more confused I became.

Without prejudice, some of the grievances shouldn’t have found space in the public domain.

Highlighting the abuse of campaign materials for example is one that everyone must find disturbing; it rubs negatively on our body politics and does no good to our international image.

Refusal or failure to mount a political platform in the heat of the campaign and all other accusations could have been addressed within the party’s internal mechanism.

If the aggrieved demonstrators as well as their leaders had anchored their case properly they would have found favour with the public and probably with the President.

Yes even if Dr. Letsa has offended the party and its executives in countless ways and has become the engine of their outrage, it is still not reason good enough to settle for the unpopular path that undermines NPP’s cherished values.

However, the demonstration and subsequent press conference were shadows created by the Regional Minister himself.

In as much as we should find it troubling that Dr. Letsa was not given a proper forum to defend his actions and inactions, he wilfully endorsed and participated in the abuse of due process, rule of law and natural justice during his first term in office.

On countless occasions, the regional leadership has shown zero interest for values that form the foundation pillars of our democracy and every other democracy.

On the 18th day of September 2018, the regional executives summoned two (2) District Chief Executives from Akatsi North and Afadzato South Assemblies per a phone call to a meeting in Sogakope for one reason: to explain why their removal from office should not be recommended to the President, simplicita.

Were these two taken through due process to properly explain themselves? The answer is NO.

In September 2019 the Regional Minister in consultation with the regional executives recommended and supervised the removal of (4) four DCE from the Volta Region with regard to themselves only and no other.

In 2020, the Expanded Execo with the Minister playing a starring role advised the constituency executives of South Dayi to remove the DCE – the President’s appointee as their parliamentary candidate for election 2020 – even though he was dully elected during the party’s primaries.

The Minister in issue didn’t only encourage the political leadership in these unfortunate decisions in the past but actively participated in carrying them out to the later.

Don’t forget, these are men who yesterday organized a few constituency executives who had spent sufficient time and energy investing in greed, anger and frustration to do their bidding at the time.

Today they appear to be surprised at who is hunting them down. They effectively blew the bridge ahead of them long ago. This leadership has over reached themselves!

Is not surprising how they forgot that no one turns the wheel on which he or she turns?

Indeed, when you succeed in climbing a home bred tiger, it is difficult to dismount.

The battle lines have been drawn. Both factions have crossed the red line. Zero tolerance is the name of their game. The war of attrition has been declared.

Less we forget, these are the same executives who yesterday combined their effort to cut short the tenure of office of their colleagues by gleefully throwing them under the bus and watch them waste away into nothingness.

Isn’t it ironical that they are now committed to a war of attrition and vengeance just to keep themselves in office?

What terrifies me most is the fact that this vicious conflict motivated by imposter syndrome is leaving a scarlet trail of hatred in its trail.

What is unfolding before our eyes is no longer clashes over political opinions; we are watching something deeper, we are watching petty parochial differences turning party faithfuls into radicals ready to tear down all our cherished values, and soon these radicals will turn into insurgents right before our very eyes.

We should all be asking ourselves How did we get here? The answer is not far-fetched.

We got here because we ignored the flashing red lights, we got here because time-tested values that separate the NPP from other political parties have been made a foot stool, we just kept going, now it is critical we stop and try to understand how we got to this place of discomfort and misery in the first place.

We got here because we failed to keep faith with the party’s working document – the Constitution.

We got here because we took pleasure in encouraging our party support base to model adulation of our leaders to become sycophantic imitation.

We got here because our politics has become more profitable than our industry.

The current situation is worrying because this is not about some irrational sound of fury or outrage that will amount to nothing.

This is a slow spreading malignant tumour that must be the focus of our attention.

The political leadership in the region is getting sick in the roots and soon it will spread death to the branches if nothing urgent is done.

Each night I am driven to my knees to ask the Lord if time will ever dissipate the feeling of disgrace, disappointment and betrayal our current leaders have put the region through in the last few years?

In the midst of all these avoidable challenges, we should never throw our hands in despondency.

We must do everything to get the region out of this sinkhole to a place of sanity. We must avoid defining hope as yet another undiscovered disappointment.

Somehow somebody or some neutral group must step up and invite the feuding parties to the resolution table. 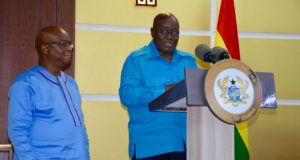 Our National Executives, Council of Elders, Volta Resource Group and others with sufficient integrity must step in to solve the problems of the region without any further delay.

However, in doing so must avoid too much of a short cut otherwise they may lose the moral high ground.

If we fail to act timeously our party base will think the national leadership is paralyzed and paralysis only feeds the feeling that we are capable of doing nothing.

This is not good for our party because we will be mocked and despised.

Our collective effort must take us to a place of promise and comfort if only we try.

Finally, let’s begin to see ourselves in our opponents who are before the grace and the grace is what none of us deserve for the blessings we are wasting in this beautiful region.

We must begin to replace our I with We if we want to turn the curve. There is never a solution that doesn’t start with We. It is not for lack of words that the preamble of every constitution starts with We. It is a problem solving word.

I tremble at the thought that If we fail to try, we may end up as footnote when the contemporary history of NPP is written.

We have an opportunity to go down in history as idiots or as patriots.

The choice is ours.

Disclaimer: “The views/contents expressed in this article are the sole responsibility of the author(s) and do not necessarily reflect those of Newstodaygh.com. We will not be responsible or liable for any inaccurate or incorrect statements contained in this article”.