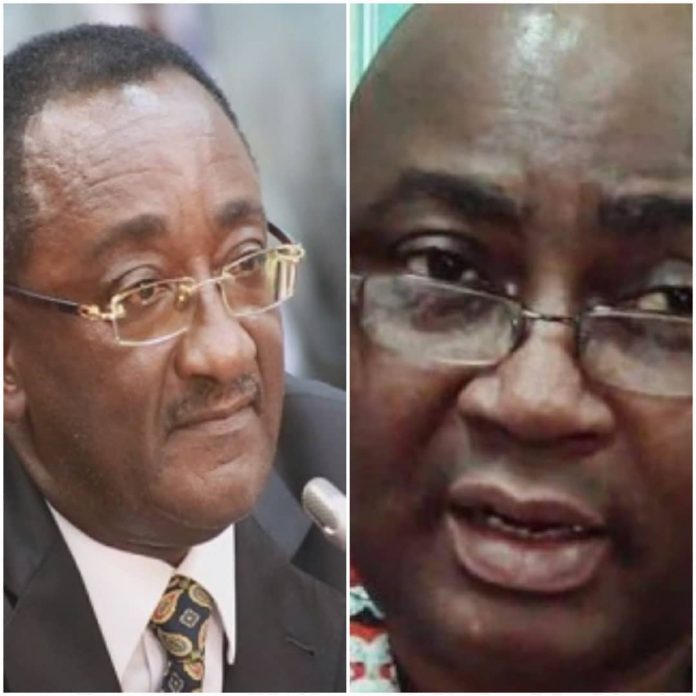 The Thursday, March 18, 2021, edition of the Daily Dispatch Newspaper carried a story that sought to explain why President Nana Addo Dankwa Akufo-Addo is likely to ask his Minister of Food and Agriculture, Dr Owusu Afriyie Akoto to either step down from his position or be sacked.

Giving further clarification to the publication in an interview with Neat FM monitored by GhanaWeb, the Managing Editor of the newspaper, Mr Benjamin Emmanuel Ephson, stated among other things a betrayal of the New Patriotic Party on the part of the Minister as one of the reasons that are most likely going to cost him his job.

Mr Afriyie Akoto has been in the news over reports that he had announced to a gathering of NPP delegates in the Ashanti Region intentions to contest in the party’s next primaries to choose a successor for President Akufo-Addo as flagbearer going into the 2024 presidential elections.

At the said meeting, Mr Afriyie Akoto is said to have told the party delegates that the NPP and its successive government has failed the Ashanti Region when it comes to road infrastructure development.

But according to Mr Ben Ephson, the Agric Minister’s statement can only be said to be a betrayal of the same party in which government he serves as a Minister.

Besides the betrayal on the part of the Minister, Ben Ephson averred that despite the intention of Mr Akoto to vie for the flagbearership position not being wrong, the timing and existing precedent requires that the Minister be relieved of his position.

He cited the case of former Minister of Railways, Mr Joe Ghartey whose declaration of intent to contest the upcoming race has been said to be the grounds on which he lost out on a reappointment in the President’s new government.

“You are a member of this government.

Ashanti Region is your stronghold and if you are sating the NPP has abandoned roads, you are betraying the President and the party. That’s the first reason why the president will ask him to step aside. The second reason is that Mr Joe Ghartey before the appointment of Ministers said on radio that he would be interested in contesting for the 2024 flagbearership slot of the NPP.

A lot of people are saying it is because of what he said that the President did not reappoint him as a Minister. So that can have time indirectly to campaign.

“Yes, People are saying Vice President Bawumia and Alan Kyerematen are interested but they have not publicly announced their interest. But once he has publicly announced his interest, I wouldn’t be surprised if the President asks him to step aside and concentrate on his ambition,” he stated.

Mr Ben Ephson indicated that he would be surprised if the President in the end does not cause Mr Akoto’s dismissal or resignation owing to his stated reasons.

“I will be surprised. I know the President and the Minister are childhood friends but I would be very surprised if he doesn’t ask him to resign or sack him,” he said.