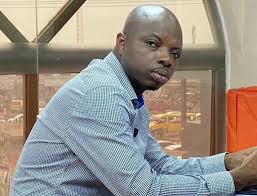 Popular NPP commentator and chairman Abronye Dc  has been cursed by a woman for defrauding her to the tune of 40,000Ghc.

According to the loudmouth politician, he was watching UTV when a number sent him a text message.

Read More: Bench Warrant For The Arrest Of Fraudster

He added that the content of the two message was.

” You promised to get me car for 40,00Ghc and you broke that promise, you and your entire generation will suffer to pay that money back.”

Abronye said he called the woman back and explained that he was not the one who defrauded her.

The woman called and apologized and they started investigations.

It was later discovered that, one NPP member had register his number on true called as Abronye and succeeded in doing the woman.

He said they manage to get the woman her money back.