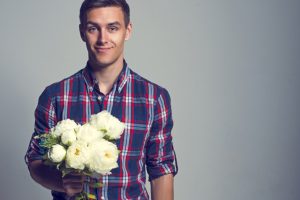 Like most men, I learned rather early in life that being that nice guy wasn’t the best of decisions.

You see, I never saw being nice as a decision that needed to be made – I understood it as a state that naturally existed. I didn’t feel that I should go out of my way to be nice because I liked being nice.

There are some women who want the nice guy because they understand that nice means good and not nice means bad. However, most women seem to have the concepts confused.

Most of these ladies would claim they want a nice guy, but in reality they don’t. In the eyes of most ladies, the word “nice” means weak and boring

She wants excitement. She wants mystery, surprise, drama. She wants a bad boy but she keeps deceiving herself.

Bad boys seem more manly –which is an awful way to think as it teaches guys that being bad is more rewarding than being good. This is mainly as a result of societal opinions.

Every guy at one point was silly enough to think that being nice to the woman he has feelings for is a good idea but it’s wrong. I repeat WRONG !!!

When you are too nice to a lady, she tends to think that you are pretending and not being yourself even though some guys are naturally nice guys.

A lady wants a man who would for lack of a better vocabulary “Stand on his feet” with regards to decisions. A bad guy isn’t ready to please any lady out of his will.

He would hold doors open for her. He would help her with simple tasks. He would smile and be courteous.

Not all women are so heartless, but a few are. I believe nearly all women go through their bad boy phase – some earlier on, some much later.

You need a nice guy to settle down with because that’s the only kind of guy who is willing to actually settle down. So the truth is, ladies, that you don’t want a bad boy. You want to turn a bad boy into a nice guy.

Now she wants a nice guy who will love her, treat her with respect and spend time with her because he wants to. Unfortunately for them, by the time they realize the mistake they’ve made, there are only assh*les such as myself left.

Fanteakwa North DCE Holds A Census Vigil to Commence it.