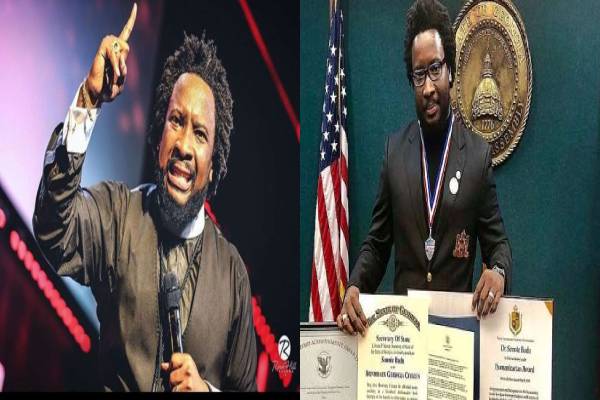 Gospel musician and minister Sonnie Badu has recently been bashed by social media users for claiming he has received 3 degrees in the space of 4 months.

After he displayed the degrees on social media so many comments were shared and some were honestly very unprintable.

Newstodaygh.com reported this story when it broke, and we have a follow-up story after Sonnie Badu’s viral video on his degrees.

Sonnie Badu in a video intercepted by newstodaygh.com stated that some young people have rushed to dismiss his degrees.

He claims young people who were probably toddlers when he started singing and ministering have the audacity to question his degrees.

Sonnie Badu also added that he knows the mindset of his people ” Ghana” which is why he is not leaving in Ghana.

He said ” if we keep on going this way, will we grow in Ghana ?, If we keep killing our heroes how will we progress. Especially in Ghana someone has the audacity to question my Presidential Lifetime achievements award, do you know what it means. You make a video of this and put it on youtube then it trends and you make money off it.”

Newstodaygh.com is following this story closely and will update our cherished readers soon.