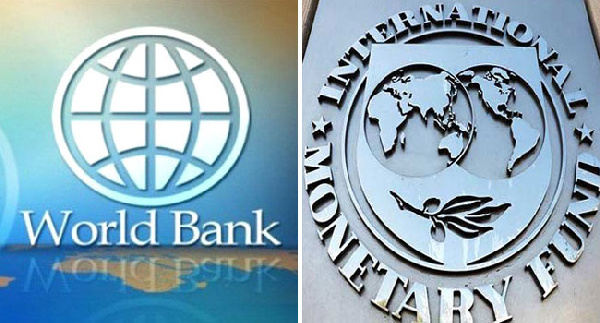 The World Bank, the International Monetary Fund and all rating agencies have been slammed for using the wrong indicator to assess Ghana’s fiscal economy.

According to Economist, Dr. Saed Boakye of the Institute of Fiscal Studies, it is wrong for these institutions to rely so much on the debt to Gross Domestic Product ratio to measure the country’s financial capacity to repay its debt.

Dr. Boakye rather wants the Bretton Wood institutions and the rating agencies to use the interest payment to revenue ratio indicator to assess the fiscal performance of the economy.

Speaking to Joy Business in reaction to the government’s move to raise about US$1 billion through the sale of the sustainable bond to refinance domestic debt used for social and environmental projects, including loans taken to service the free senior secondary school policy, Dr. Boakye said the authorities have failed to do the needful.

He further said, “the correct measure of a country debt burden is how much out of your revenue you are using to service your debt; that is the bottom line.”

“So if you are a rating agency, IMF, World Bank and you keep on talking about this intermediary measure which is debt to GDP ratio, it is only an intermediary measure because its important that GDP is computed with government revenue. So if the debt to GDP ratio is small, then the assumption is that. But the question is has the country raised enough revenue”, he stressed.

Ghana’s interest payment is presently estimated at 49 percent to revenue in 2021.

Ghana to issue $1bn Sustainable Bonds, but will shoot up debt stock

Ghana is planning to raise as much as $1 billion through a sale of sustainable bonds, including Africa’s first social debt to fund a flagship policy to broaden access to education.

The proceeds would help refinance domestic debt used for social and environmental projects, including loans taken to pay for the government’s free senior secondary school policy, Minister of State at the Ministry of Finance, Charles Adu Boahen told Bloomberg.

The use of social bonds has boomed since the coronavirus pandemic, yet so far only a few sovereign issuers have sold them, including Chile and Ecuador. The European Union has emerged as the largest player, to fund a jobs recovery programme, smashing global debt demand records in the process as investors flock to ethical assets.

VIP announces 22% increase in fares across board