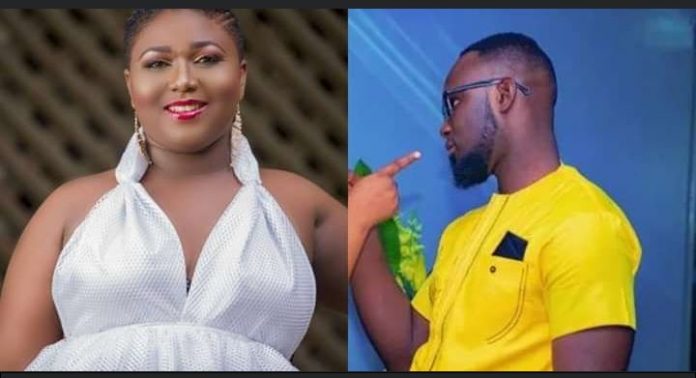 Ghanaian actress, Xandy Kamel has revealed that she’s cool with Gloria Sarfo but they’re not that close as she used to call her.

She indicated that lately her husband has become her friend and she doesn’t get much closer to people so many think she’s being bossy after getting married.

On Neat FM, speaking with Ola Micheal she said that Gloria Sarfo made a comment about her viral story she removed her underwear on Kofi TV which didn’t sit down well with her.

Xandy Kamel noted that after seeing her comment she got angry which made her also spewed something bad leading to their fallout.
She stated that Gloria Sarfo is her big sister so she has called her several times which their issues have been squashed but she’s not that open as she used to be