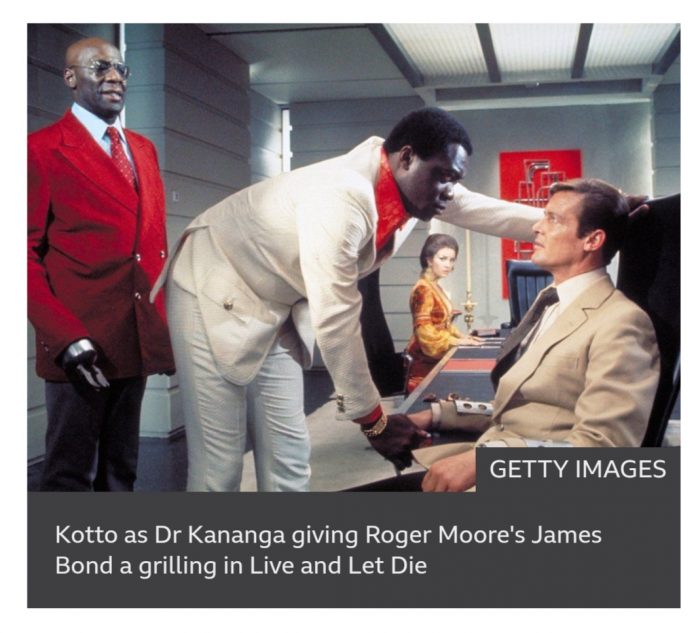 Yaphet Kotto, best known for playing a villain in 1973 James Bond movie Live and Let Die, has died at the age of 81.

The actor also played a crew member in 1979 sci-fi movie Alien, and starred in US TV police drama Homicide: Life on the Street.

Kotto’s other credits included the 1980s action films The Running Man and Midnight Run. He also received an Emmy nomination for playing former Ugandan President Idi Amin in the 1977 movie Raid on Entebbe.

His TV career also included roles in the A-Team and Law and Order, and he played Lieutenant Al Giardello in seven series of the gritty Homicide: Life on the Street, for which he also worked as a scriptwriter.

He died on Monday in the Philippines, his wife Sinahon Thessa said on Facebook. “You played a villain on some of your movies but for me you’re a real hero and to a lot of people also,” she wrote.

“A good man, a good father, a good husband and a decent human being, very rare to find. One of the best actors in Hollywood, a Legend. Rest in Peace Honey, I’m gonna miss you everyday, my best friend, my rock.”

Kotto was born in New York to a Cameroonian immigrant father and a US Army nurse, and studied acting from the age of 16. At 19, he made his professional theatre debut in Othello, and later performed on Broadway in The Great White Hope. His first few film projects included Nothing But a Man in 1964 and The Thomas Crown Affair in 1968.

Kotto then had roles in 1974’s Truck Turner and 1978’s Blue Collar. In Ridley Scott’s Alien, he took the role of the space ship’s engineer Dennis Parker. 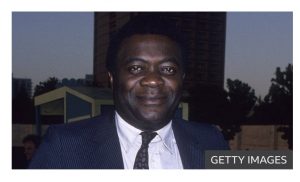 Following the film’s success, Kotto turned down a role in Star Wars sequel The Empire Strikes Back because he was wary of becoming typecast in the sci-fi genre.

“I wanted to get back down on Earth,” he said in an interview. “I was afraid that if I did another space film after having done Alien, then I’d be typed.

He also said he turned down the role of Captain Jean-Luc Picard, the character made famous by Sir Patrick Stewart in Star Trek: The Next Generation.

“I should have done that, but I walked away,” he admitted in 2015. “When you’re making movies, you’d tend to say no to TV. It’s like when you’re in college and someone asks you to the high school dance. You say no.”

Kotto went on to play a supporting role in Brubaker in 1980, and then appear as a resistance fighter alongside Arnold Schwarzenegger in 1987’s The Running Man, and as an FBI agent in Robert De Niro’s Midnight Run the following year.

Kotto’s other TV roles included appearances in For Love and Honor, Murder She Wrote and Death Valley Days.

Most recently, he reprised his role as Lieutenant Giardello in Homicide: The Movie in 2000, and voiced his Alien character Parker in the Alien: Isolation video game. 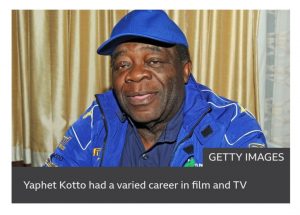 Kotto is survived by six children and had been married three times.

Ibrahim Mahama: Artist from Tamale who sold one of his works for GHc 5.8 million

My art works are influence by the Ashanti culture; Oscar of Takoradi Technical University.