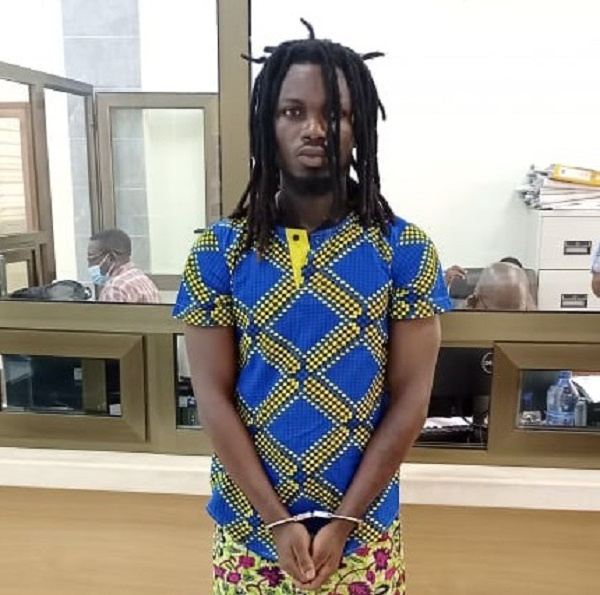 A 28-year-old Akwasi Asiamah is in the grips of the police for allegedly locking up an ECG and police officer in his barbering saloon at Amakom in Kumasi.

This unfortunate incident happened as a result of the Police and Ecg officers trying to arrest him for an illegal connection and also owing to the Power Distribution company to the tune of GHC 7000 for initial illegal fees.

In a report on Graphic online and sighted by newstodaygh, the acting Public Relations and Communication Manager for the Ashanti Strategic Business Unit of the ECG, Mr. Erasmus Kyere Baidoo, said officers from ECG visited Mr. Asiamah on January 9, 2021 and found that he had tapped power illegally.

Again it was detected that he had used illegal power for over a year and was accordingly billed to the tune of GHC 7486.

Mr. Erasmus said, several attempts to get Mr. Asiamah to settle the bills proved futile and that led to the police and the ECG officer going to his shop on February 2, 2021.

Officials having disconnected his business from the illegal connection, realized he had reconnected to a nearby shop owner and was enjoying uninterrupted power supply.

The officials upon this realization are said to have confronted the salon operator about the illegal act and threatened to arrest him for having committed an offense.

“However, Mr. Asiamah who was angered by the attempt of the police and the personnel from ECG to arrest him got out of the salon and used two big padlocks to lock them in the salon and left the scene,” Mr. Erasmu said.

In a twist of events after Mr. Asiamah finished with his act, went to report to the police station that robbers had attacked his place of business while giving the police number out.

“When the number was called, the officer identified himself and asked that Asiamah be detained.

Mr. Baido said the two officers had to endure hours of being locked up before a colleague police officer brought the keys to save them.

Assembly member in Begoro almost lynched by some cocaine thugs.