Yvonne Nelson is an actress, a model, producer, entrepreneur, and philanthropist.

She was born on November 12, 1985. She Completed senior high at Aggrey memorial AME Zion and then continued at central University.

Yvonne Nelson had been in the movie industry for quite a long and had been able to win over five awards since 2008…she also won the Ghanaian Movie Awards in 2010 as the best actress and other awards in Nigeria.

She had been active from 2009 to 2019 in some popular movies entitled House of Gold, Princess Tyra, Sin city, Heart of men, Single Married, one night in Vegas, and the game.

Again she had been confirmed to be one of the richest and most influential actresses in Ghana, with an estimated net worth of $ 1 million.

In 2019 she confirmed her split from her British baby daddy Jamie Robert who is a British photographer in an interview with Ghanaian radio Station Joy FM. 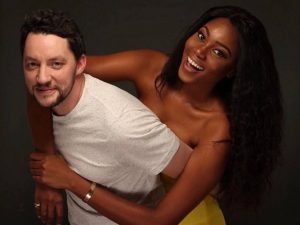 She admitted that although he comes to visit Ryn Robert their daughter, they are no longer together.

Check out some glamorous photos of the family spending time together